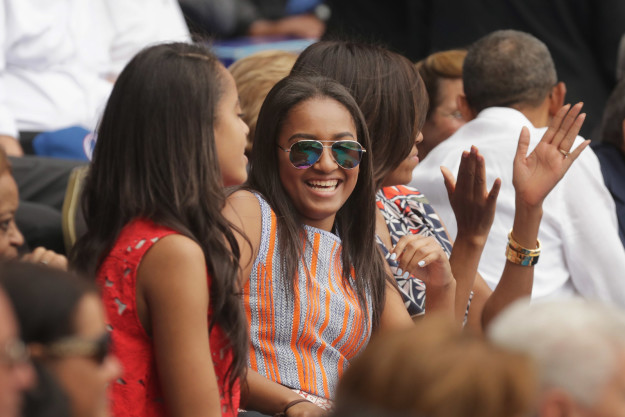 Sasha Obama, daughter of US President Barack Obama, has swapped the comforts of the White House for the counter of a seafood restaurant, US media report.

The 15-year-old has taken a summer job serving food at the business in Martha's Vineyard, Massachusetts.

Sasha, using her full name, Natasha, has been accompanied to the restaurant by a contingent of six secret service agents, the Boston Herald reports.

The town has been a favourite location for the Obamas on their summer breaks.

Photographs show the president's youngest daughter wearing the restaurant's uniform of blue T-shirt and cap and working at a till.

A co-worker told the Herald: "She's been working downstairs at takeout. We were wondering why there were six people helping this girl, but then we found out who it was."

The White House has not commented on the report but First Lady Michelle Obama has spoken about trying to bring her two daughters up as normally as possible.

As well as working on the takeaway counter, Sasha Obama's other duties reportedly include waiting on tables and helping to prepare the restaurant for its lunchtime opening.

Her security team has been seen waiting nearby in a large car or sitting on benches while the First Daughter deals with tourists' meals. 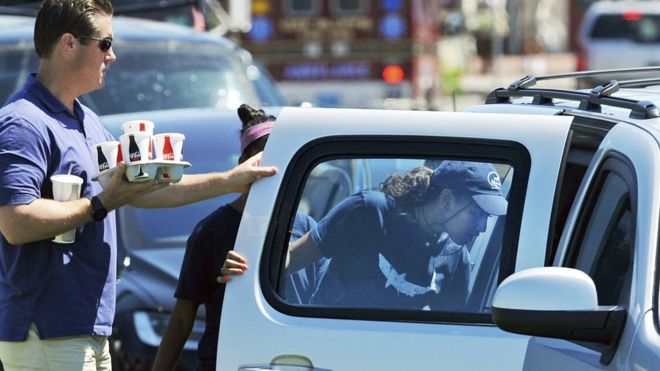 Other famous children who have found work placements

Sasha Obama's older sister Malia has had two internships working on film sets
Brooklyn Beckham, teenage son of David and Victoria Beckham, has worked at the offices of filmmaker Guy Ritchie in London

As a teenager, Donald Trump Jr worked as a dock attendant at his father's marina at Trump Castle in Atlantic City