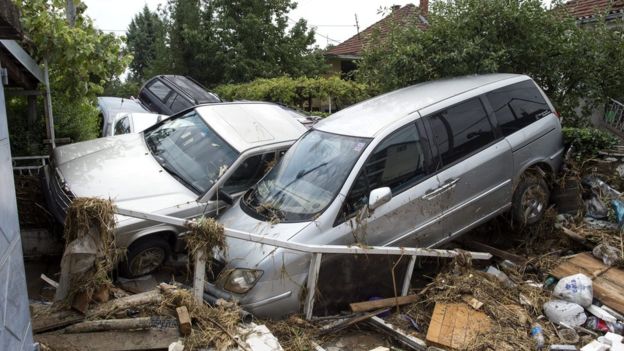 At least 20 people have died in floods that hit the Macedonian capital, Skopje, following torrential rain.

The victims' bodies were found on Sunday morning after the storm passed. Several people are still missing.

Some of the victims drowned in their cars. Parts of the city's ring road were swept away in the floods, dragging cars into nearby fields.

Three-and-a-half inches (93mm) of rain fell in Skopje in the storm — more than the average for the whole of August.

The water level reached as high as five feet (1.5 metres) in some of the affected areas, reports said.

"Everything was a mess. Televisions, the fridge, the sofa, everything was floating… it was a nightmare," said Baze Spriovski, a 43-year-old from Singelic in the outskirts of Skopje.

Many homes remain flooded and without electricity; some are reported to have collapsed.

The Mayor of Skopje, Kove Trajanovski, said: "This is a disaster. We have never experienced such a thing."

"There were thunderbolts with lightning almost every second. It was really horrific," said Biljana Joneska, 62, in Skopje. 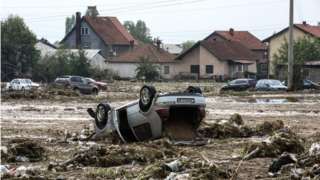 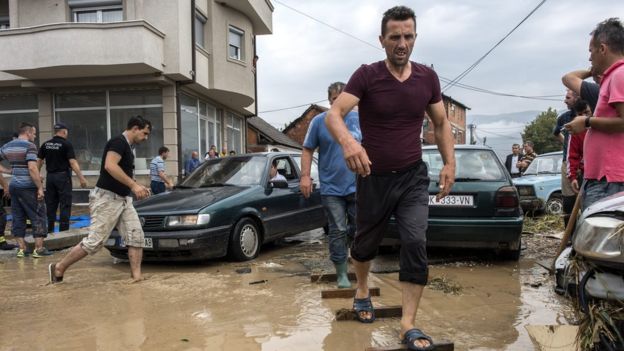 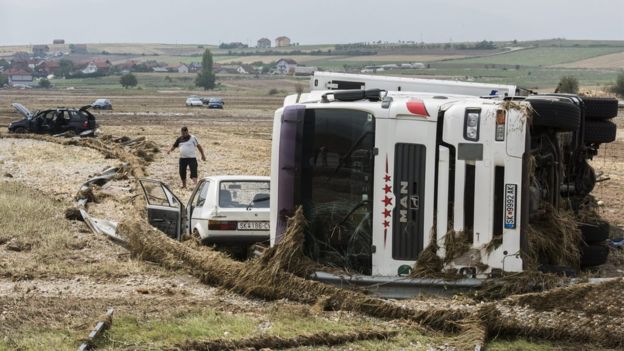 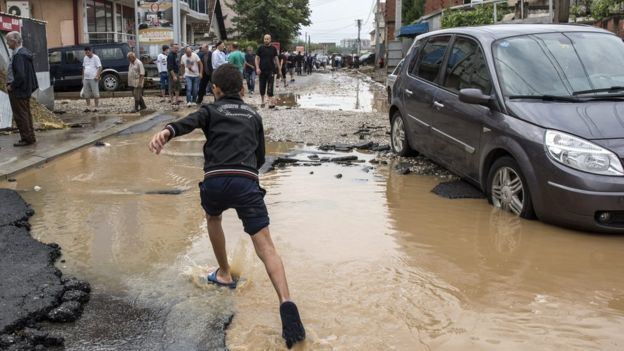 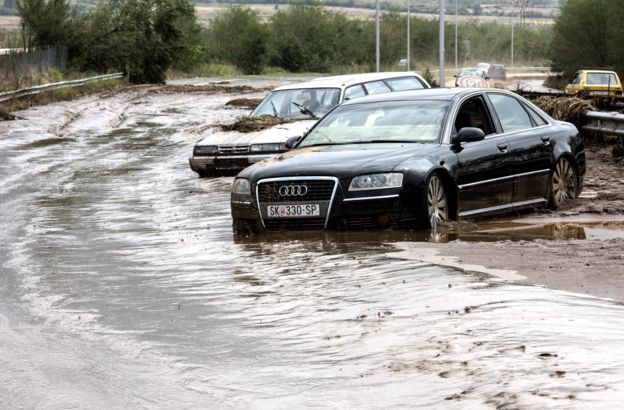 Local media reported that ambulances were called out 65 times across the city, more than 20 people were treated in hospital, and the army was called in to help.

Three villages in the north-east of the country were cut off because of landslides.

Police said about 70 vehicles were stuck because of one such incident between the villages of Stajkovci and Radisani.

Health authorities have advised residents in the worst hit areas to use only bottled water or water from public authority cisterns for drinking and cooking.