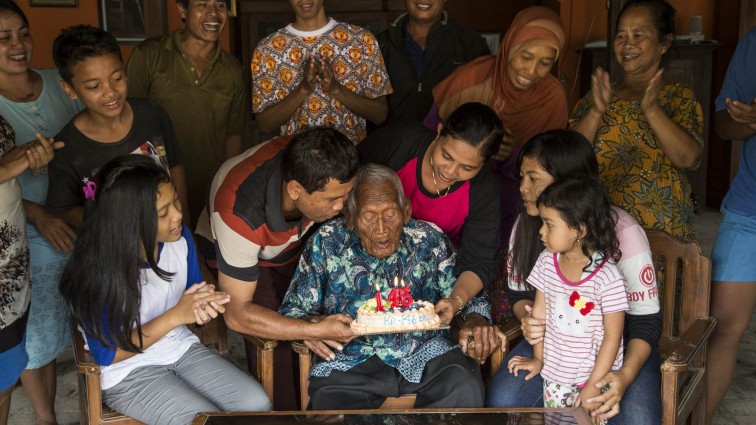 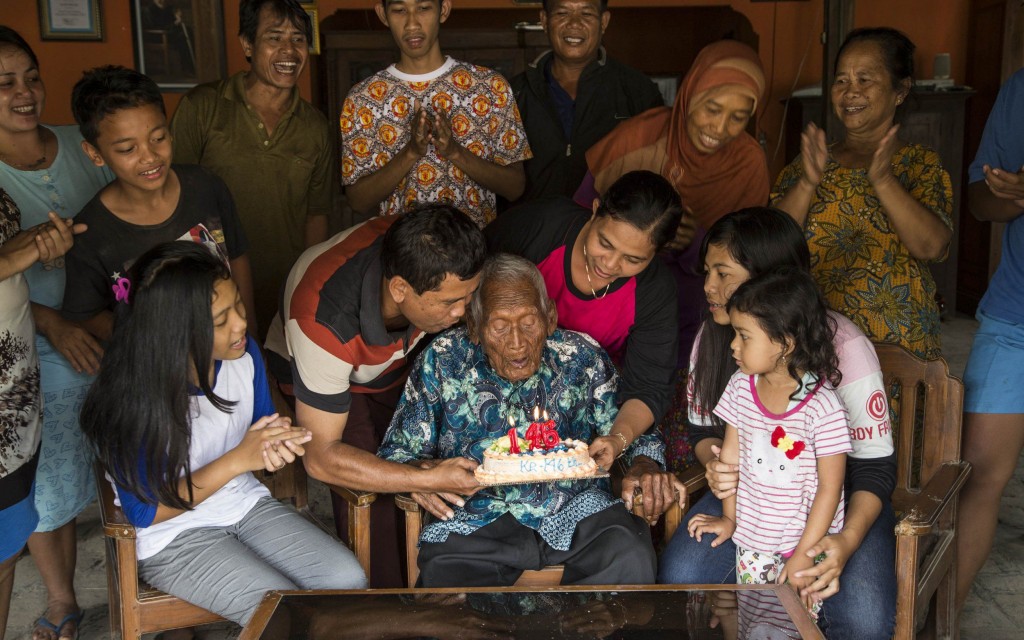 A man who says he is the oldest human ever to have lived has hosted his family for his 146th birthday.

Mbah Gotho, from Indonesia, claims he was born on December 31, 1870, and reckons that his ID card proves it.

If correct, it makes him significantly older than the officially verified oldest person ever – French woman Jeanne Calment, who lived to 122.

All of his siblings are dead, along with his four wives – the last one died in 1988 – and his children, so he celebrated with his grandson Suryanto and wife Suwarni.

His grandchildren said Mr Gotho spends most of his days listening to the radio because his eyesight is too poor to watch TV.

Staff at the Indonesian records office have confirmed Mr Gotho’s date of birth as
Credit CEN Pic shows: The old man — Mbah Gotho, 145. An Indonesian man who has emerged from obscurity to be named the world's oldest at an incredible 145 years has told the media that he is ready to die now. According to documentation recognised by Indonesian officials, Mbah Gotho is 145 and was born on 31st December 1870.

He has not surprisingly outlived all 10 of his siblings as well as his four wives, the last of whom died in 1988. All of his children have also died, and now he is survived by his grandchildren, great grandchildren, and great-great grandchildren. If correct, that makes him significantly older than the verified oldest person in the world ever, a title that belongs to French woman Jeanne Calment, who lived to be 122.

The super senior citizen from Sragen, Central Java, was recently interviewed by Liputan 6, and he said he has been through it all and would not mind passing on. "What I want is to die. My grandchildren are all independent," he told Liputan 6 on Tuesday. Suryanto, Mbah Gothoís grandson, said his grandfather has been preparing for his death ever since he was 122, but it never seemed to come. He said: "The gravestone there was made in 1992. That was 24 years ago." In addition, Suryanto said Mbah Gothoís family has already prepared a gravesite for him — near his childrenís graves. Staff at the Indonesian records office have confirmed Mbah Gothoís birthdate, which is specified on his Indonesian ID card as 31st December 1870.

Whether or not he will ever be listed as the world's oldest man however is open to question, as the paperwork has so far not been independently verified. If so he will join to others without verifiable records who are purportedly older than Mbah Gotho — 171-year-old James Olofintuyi from Nigeria and 163-year-old Dhaqabo Ebba from Ethiopia. These days, his grandchildren say Mbah Gotho mostly sits listening to the radio because his eyesight is too poor to watch television. For the past three months, he has had to be spoon-fed and bathed as he has become increasingly frail. When asked what his secret to longevity is, Mbah Gotho replied: "the recipe is just patience."

But he might never be listed as the world’s oldest man because the documents have not yet been independently verified.

Others have previously claimed to have broken the record without having their age verified, such as 171-year-old James Olofintuyi from Nigeria and 163-year-old Dhaqabo Ebba from Ethiopia.