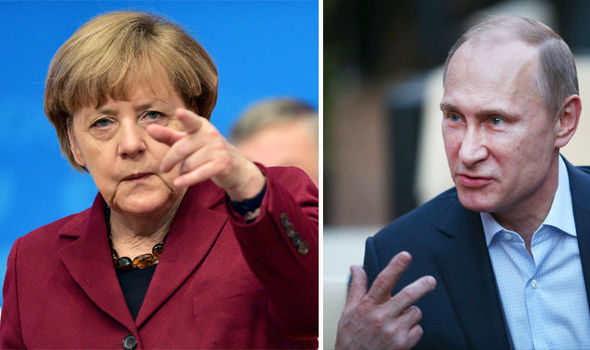 ANGELA Merkel has launched a scathing attack on Vladimir Putin amid fears the growing verbal conflict between the two leaders will soon escalate into a large-scale, brutal conflict.

As thousands of NATO troops gather on Russia's Baltic border, Angela Merkel yesterday blasted the Kremlin leader, claiming "trust had been lost" between herself and the Kremlin boss after he annexed Crimea in February 2014.

The German chancellor told her parliament Putin's lack of respect for "the validity of the law and the inviolability of borders" was of grave concern.

She said it was time for NATO's multinational military to show Eastern European states there was a "clear reassurance" that they would be protected from Russian "sabre rattling".

NATO leaders are expected to approve the deployment of up to 4,000 international troops in the Baltic states and Poland at a summit in Warsaw on Friday and Saturday. 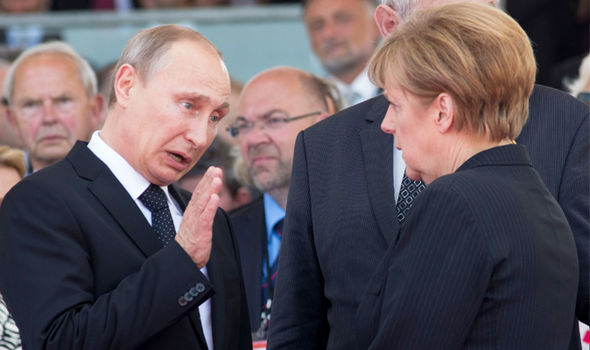 But the ruthless Moscow leader has hit back at Merkel, warning Russia would defend itself in the face of "provocation" as the Kremlin stated it believed the number of troops massing on its border had "more than doubled" in recent months.

Canadian intelligence revealed Russia was preparing for full scale war as Putin said the world was descending into a new Cold War.

The former KGB agent is also preparing to deploy advanced nuclear-capable missiles to its border outposts by 2019.

Concerned Polish defence minister Antoni Macierewicz said: “When it comes to threats in the Kaliningrad area, indeed we can talk of an increase in the intensity of Russia’s aggression in recent days.

“These threats have a very important, dangerous role, always present in Nato’s thinking — these are anti-access activities, which are a serious threat to the alliance.”