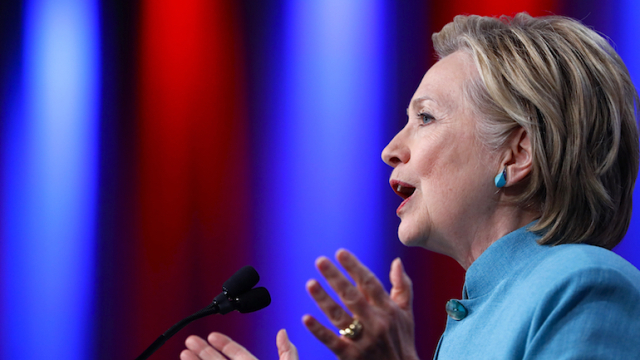 The US State Department is to restart its investigation into Hillary Clinton's handling of classified material when secretary of state.

The likely Democratic presidential nominee learned this week that she will not face criminal charges over her use of private email.

The FBI said that although she had sent and received sensitive material there was no evidence of intent.

Now that inquiry is over, the State Department will reopen its review.

As well as the former secretary of state, it will also include some of her former aides, all of whom have now left the department.

Hillary Clinton — and some of her most trusted senior advisors — will twist in the wind a while longer. The State Department's renewed inquiry into possible mishandling of classified information in emails is not nearly as serious as the recently closed FBI criminal investigation, but it keeps the email server story alive for an indeterminate period of time. 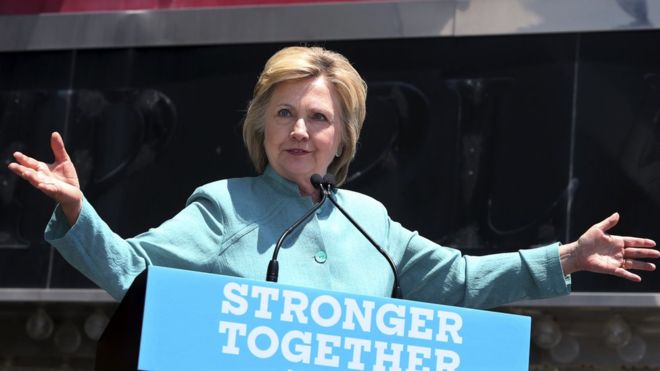 While the most serious consequence — loss of security clearance — seems impossible (bordering on absurd) to enforce on Mrs Clinton were she to be elected president, it could prevent her from placing any affected staff into high levels of her administration.

And, needless to say, any sort of administrative sanction Mrs Clinton or her staff receives — such as an official letter of reprimand — would instantly become a political weapon in the hands of her Republican adversaries.

Shortly after FBI Director James Comey announced he would recommend no criminal charges against Mrs Clinton, her campaign issued a press release saying they were glad the matter is resolved.

So much for that.

A spokesman for the department, John Kirby, said: "We will aim to be as expeditious as possible, but we will not put artificial deadlines on the process."

That could range from counselling and warnings to the revocation of security clearances.

Republican critics of the FBI decision not to recommend Mrs Clinton be prosecuted said this showed that she was above the law.

But FBI Director James Comey defended himself in front of a House committee on Thursday, reiterating that no reasonable prosecutor would recommend charges.

Mrs Clinton, who will be officially made her party's nominee later this month, was secretary of state until early 2013.