The Japanese city of Hiroshima has asked Pokemon Go's creators to keep its virtual monsters out of memorials to victims of the atomic bomb.

It wants the monsters removed by 6 August, when an annual ceremony is held on the anniversary of the 1945 bombing.

It follows a request by the operators of the Fukushima nuclear plant — highly radioactive after its 2011 meltdown — to keep Pokemon out of its plants.

The wildly popular Pokemon Go was released in Japan on Friday. 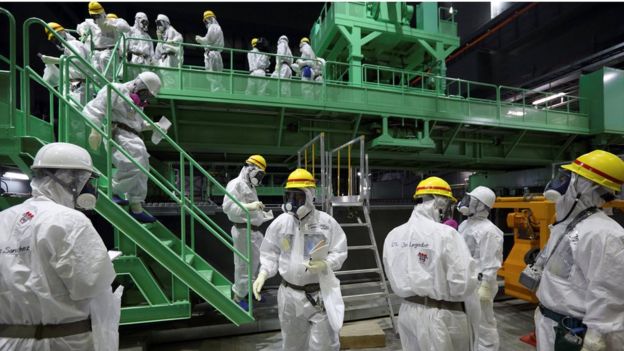 It superimposes virtual characters on a smartphone's view of the real world, with players catching monsters in physical places designated "Pokestops" and training them in "gyms" .

Unlike most smartphone games, it requires players to walk around in their hunt, leading to official requests around the world for people to be kept away from locations for safety or sensitivity reasons.

The US Holocaust Memorial Museum also recently told visitors that playing the game there was "extremely inappropriate", while Auschwitz, where millions of people were murdered by the Nazis, has also banned the game.

Hiroshima's Peace Park, which includes a memorial and a museum dedicated to the 140,000 people killed in the world's first nuclear attack, occupies a large, quiet area in an otherwise crowded city.

There are around 30 Pokestops in the park, and three "gyms", where gamers can battle other players' Pokemon, reports Japanese broadcaster NHK.

NHK quoted officials as saying this had made it hard for visitors to access the facilities and was disrupting the quiet of an area considered sacred.

Pokemon Go's US developer, Niantic, considers requests for exclusions, but does not automatically grant them. It has not commented on this particular case.

Nagasaki, where 74,000 people were killed by an atom bomb days after Hiroshima, has also asked for Charizard, Pikachu and their friends to be removed from its peace park and museum.

Places not to play Pokemon Go 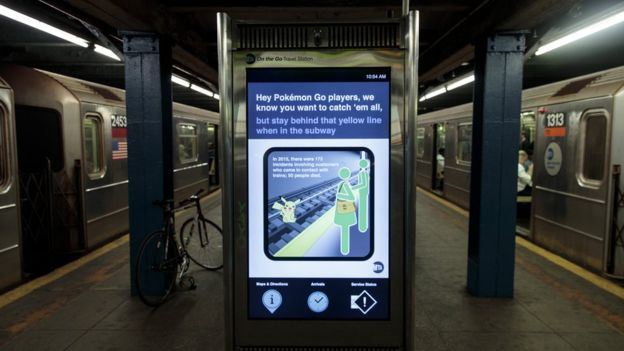 Bosnian minefields: Authorities warned it was not worth risking life or limbs to catch virtual creatures near minefields left over from wars that followed the breakup of Yugoslavia.

Nuclear facilities: The operators of the Fukushima nuclear plant, catastrophically damaged in Japan's 2011 tsunami, asked Niantic to make sure none of its monsters appeared inside the still highly radioactive facility. A Pokemon spokesman said the appearance of one Pokemon there had been a bug.

In the US, two teenage Pokemon players trespassed on a nuclear plant. US nuclear authorities said it could have ended very differently — and "much more seriously".

Courts: Japan's Supreme Court has also asked Niantic to remove its creations, saying courts were an inappropriate place to play the game.

On roads: After a man jumped into traffic while playing, police in Northern Ireland said: "I don't care how rare the Pokemon is, it's not worth your life." Ditto while driving.

Indonesian military areas: You may need to be fearless to "catch 'em all", but maybe trespassing on a dangerous military site was a step too far for a Frenchman in Indonesia.

US State Department briefings: Not as dangerous, but it still comes with the risk of unwanted fame if a spokesperson calls you out for playing it during a dull moment.