King Charles III: Is the Queen getting ready to hand over the reins to her son? 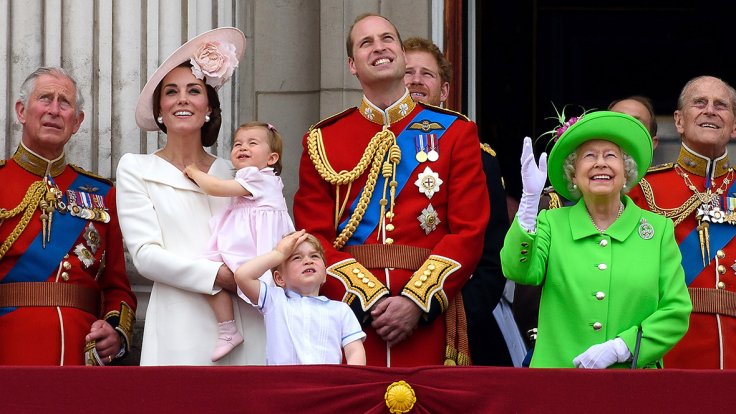 "You have to be seen to be believed," the Queen once observed in a reference to her need always to be in the public eye, but this week she was seen to be overshadowed by her successor. In a photographic portrait released on Sunday and redolent with symbolism, a relaxed Prince Charles looks down on a seated and contented monarch.

Just as the royal portraitist Anthony van Dyck famously posed King Charles I astride a horse to heighten his authority, so the royal photographer Nick Knight has placed the future King Charles III in a dominant standing position over his mother . "You don't need to be an iconographer – or even an equestrian – to understand the body language: "I'm ready to take over the reins."

The release of the photo was sandwiched between two other symbolic events in the last week. First, on Friday the Duchess of Cornwall represented the Queen at the passing out parade for army cadets at Sandhurst.

A decade ago the idea of Camilla standing in for the sovereign at an engagement of this status would have been inconceivable such was the public's coolness towards her. But thanks to deft PR and her own sure-footedness she now appears to have been rehabilitated and more significantly the concept of Queen Camilla has been subtly implanted in the public consciousness.

Then, on Tuesday the palace announced that the Queen would soon be stepping down as patron of 25 national organisations – including the NSPCC , Barnardo's and the Battersea Dogs Home –allowing the younger royals to take over the responsibilities in the new year. The decision to cut her workload was prompted by the precedent set by Prince Philip who resigned from a number of patronages on his 90th birthday and its wisdom seemed confirmed less than 24 hours later when a cold forced her to cancel plans to travel to Sandringham House on Wednesday.

The fact that all three events happened within a week of each other – the photo was actually taken in May and then be held back for seven months – suggests careful planning on the part of the palace. Something similar happened in January 2014 when the royal household first announced details of the handover process – dubbed the "gentle glide" – involving a centralised media operation, a bigger role for the Charles and William and a lesser one for the junior royals.

With this week's announcements, the transition process has clearly gone up a gear, but does this now mean that Charles is firmly in the driving seat? And does the photograph give him – as the royal commentator Richard Kay has suggested – "the authority he has long craved, the Queen's endorsement for him as the next head of the family?"

If "palace sources" can be believed, he certainly seems to have got one over his younger brother. For the last couple of months, a trickle of leaks suggested that Prince Andrew was unhappy with Charles's plan to have a streamlined monarchy of just a handful of frontline royals (the so-called "Magnificent Seven") which would inevitably exclude his daughters – Eugenie and Beatrice – from taking a full-time role. This was soon characterised as a "royal rift" between the brothers after Andrew apparently made a written appeal to his mother for support.

Then, a fortnight ago Andrew issued a remarkably blunt statement clarifying what he called "speculation" over Beatrice and Eugenie. He denied any "split between the Prince of Wales and I over my daughters' participation as Members of the Royal Family" and expressed his wish for them to be "modern working young women." Some commentators interpreted this last point as a tacit acknowledgment that the two princesses won't be working royals.

The spat serves to underline how best to manage the media. Someone apparently sympathetic to Charles leaks details of Andrew's letter to the Queen. Instead of letting the story of a rift blow over, Andrew goes on Twitter to deny it. As a result Andrew gets a bad press and Charles a good one.

With the Queen showing no desire to hand over the keys, Charles will have to be content with being a back seat driver for a little longer but as one by one the hazards to the handover disappear in the distance he is certainly benefiting from a Rolls Royce PR machine.